skignz along with the other shortlisted companies presented to an esteemed audience and judges at KPMG's Manchester office at St.Peter's Square on Wednesday 19th January 2016. 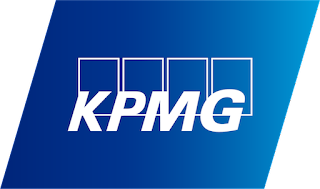 The deserved winner VST Enterprises has now been given the opportunity to present on stage at the Mobile World Congress in Barcelona, Spain this February.

skignz enjoyed the experience especially as it allowed us to showcase our technology to a new audience of people, not only with the presentation but also the live demo provided for all in attendance. 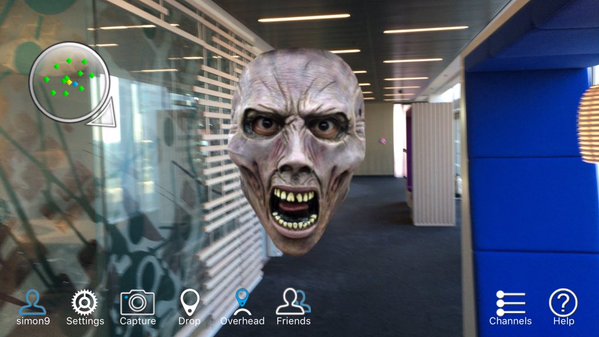 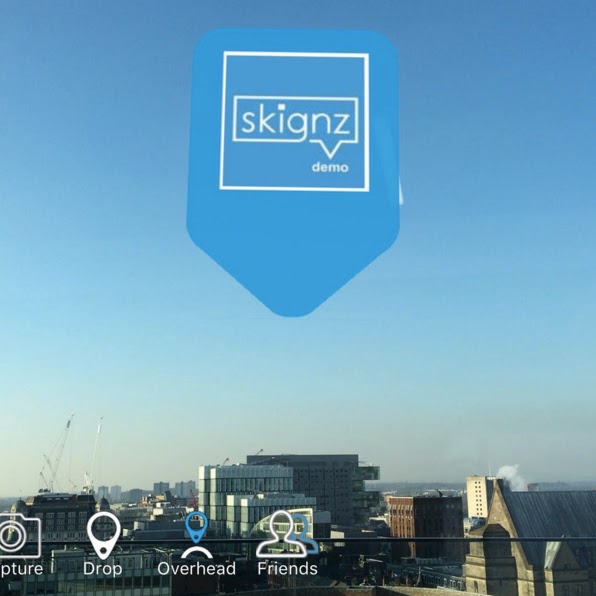 If you would like to know more about KPMG then please visit: https://home.kpmg.com/uk/en/home.html

If you would like to know more about MWC then please visit: http://www.kpmgtechgrowth.co.uk/tag/mobile-world-congress-2015/

And as always for further information on skignz then please visit us on the usual Social Media channels or drop us a line info@skignz.com
Posted by Unknown at 4:40:00 pm No comments:

2015 proved to be an award winning and interesting time for skignz, as well as externally, in the world of AR.

The landscape of AR changed quite significantly throughout 2015, as either acquisitions, or investments were made, reducing the number of companies in the market. Blippar invested heavily (increasing their worth to circa £1.4b) whilst also acquiring their biggest rival, Layar. 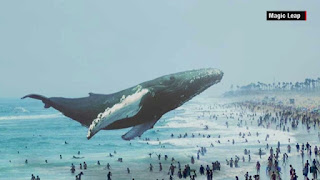 Other companies such as Apple acquired Metaio and Google invested even further ($542m) into MagicLeap.

Other companies apps were not renewed and many digital/ad/creative agencies had to look for other ways to offer their client AR experiences, with Junaio being acquired and stopping its SDK for others to use. In addition, INTEL acquired RECON.


Also across the wider market, Apple introduced the ability to be able to open one app from another, something that was not previously available on the iTunes App store.

We know that skignz are focussed on AR, however VR's emergence over the past few months made some waves, with more progress from Occults Rift and even Facebook. Founder & CEO Mark Zuckerberg, quoting our own Co-founder & CMO Si Brown, stated that "Why look at your phone, when you can look through it!".

Other VR progress was made in line with the huge interest in the technology. The first Oculus Rift Headsets were due to be shipped in the final quarter of 2015. 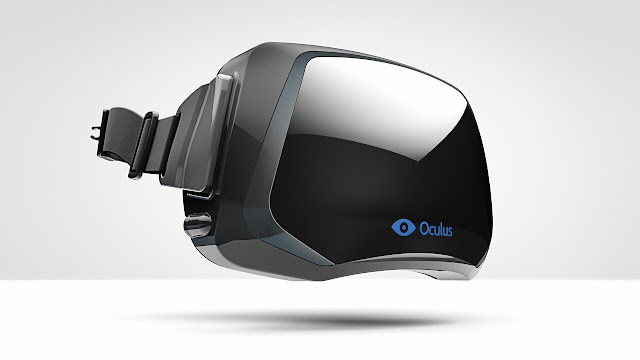 Moving on to skignz, the biggest difference you will have seen is the aesthetics of the skignz website and the skignz app. Considerable time was spent in developing 'version 2.0' for IOS with Android being currently finalised. 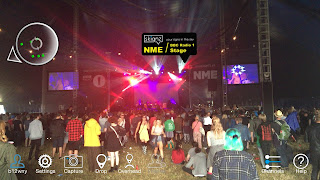 In addition to the new look and feel, skignz were present at many outdoor events such as PRIDE LDN, Glastonbury, EDC & Leeds Festival.

The feedback on the tech and also the performance exceeded even our high expectations. 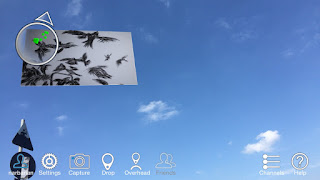 Another key milestone was the development and introduction of the 'ARtAbove' channel, allowing ANY Artist, ANYWHERE in the World to place their own Art ANYWHERE they want, essentially making the whole world a gallery.

This was developed in conjunction with artist Martin McCloon and was even showcased at Disgraceland (Banksy's Installation in Weston Super-mare), actually subverting the subversive.

2015 was an award winning year for skignz as they were voted as 'The UK's Most Disruptive Tech Startup' by Ignite, 'TechAwards NE', 'Thinking Digital' and the 'Marketing Award' at the BNBA'15. 2016 has already started with a bang, with skignz being shortlisted again in the BNBA'16 and last week coming Runner up in KPMG's 'Best British Mobile Startup'.

skignz increased their team with key additions of Jamie Clarke (Head of DV Partnerships) and David Murphy (Head of Sports Partnerships) both settling in quickly and hitting the ground running across the many conferences and events in the final quarter of the year. 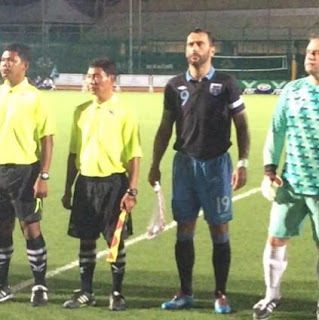 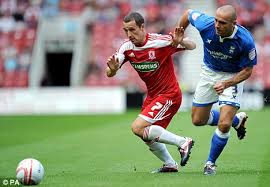 In the final weeks of the year skignz launched their #skignzsanta experience, which allowed parents to follow the 12 days lead up to Christmas eve whilst learning each day how to set up their own personalised #skignzsanta.

Parents placed two skignz outside their homes so when Santa was close (following on the NORAD or Google Santa websites) parents could show 'Santa' flying past through their magic santa camera Smartphone or tablet. 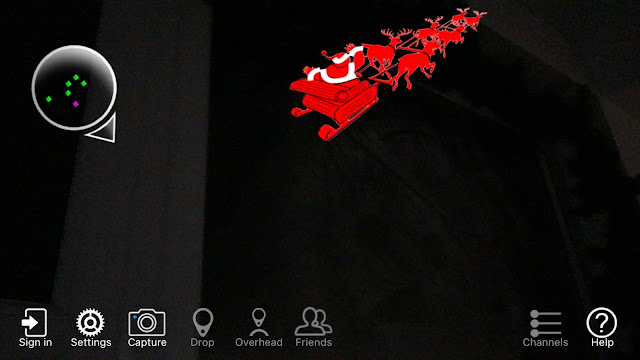 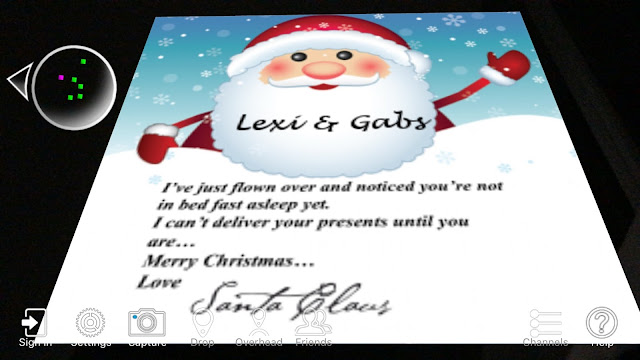 Initially they saw what looked like Santa in his sleigh being led away by his reindeers, then parents 'panned across the sky' to reveal a special 'personalised note' to their child(ren), telling them he can only deliver when they are fast asleep.

The hundreds of people who did this across the globe said their children were simply ‘blown away’ by the experience, and getting them to sleep was a lot easier than normal!

We will be looking into doing a similar thing for Christmas 2016 but we have a lot of other interesting and exciting 'skignz' projects to deliver before then...

And as always for further information on skignz then please visit us on the usual Social Media channels or drop us a line info@skignz.com
Posted by Unknown at 3:13:00 pm No comments:

We know now that skignz is working well in the outdoor world.  Visualising content such as maps, directions or even signage, right there, on your smartphone. 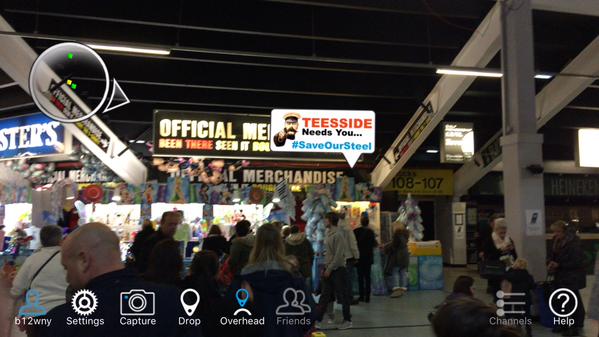 It got us thinking… There are some really large spaces, which house events like concerts or conferences, but, the difference is, they are Indoors. 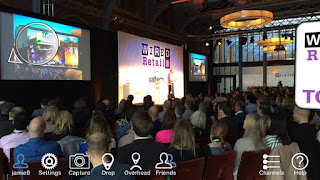 With this in mind we have set about increasing the capability of skignz to work indoors.

So whether people are attending conferences, going to concerts, or even on holiday in large hotels or on a cruise ship, we can provide skignz to them in the same, visually stimulating way.

Our technology allows us to use existing indoor equipment to pinpoint user location, and provide them with seamless quality augmented reality information.  We are working with some of our key retail clients to provide people with that experience. 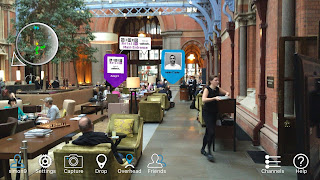 Imagine you are in your favourite store, and you want to find out what the offers of the day are. Open up skignz and scan the indoor area.

You can see that the best offer is in the homewares section and it’s 30% off any furniture bought today! No more rummaging around looking for a bargain!

No more bustling through the crowds trying to find the best saving! It’s there, in front of you, and you can go directly to it and buy it.  Now, isn’t that easier? 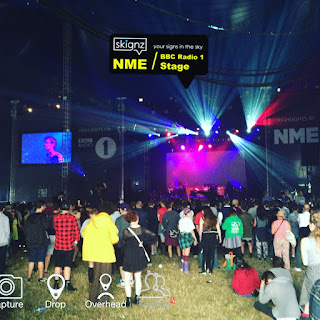 OK, so you have been to the shops, you are now on a night out.  You’ve decided to go see your favourite band at the local arena.

But where are the toilets? Where is the bar area?  More importantly, how do you get hold of that piece of memorabilia that you promised yourself..?

All available through the skignz view on your smartphone.  How about even being able to download the live set directly through your phone by pressing on the skignz on view above the stage?

All of these things are currently being worked on with our partner list, which it seems is growing by the day! We will keep you posted about all of our developments, as we continue to grow..

Remember.. We are putting the world's information around you… Outdoors and now, Indoors!

And as always for further information on skignz then please visit us on the usual Social Media channels or drop us a line info@skignz.com
Posted by Unknown at 3:49:00 pm No comments:

File size of the skignz App

The question we are proposing is 'Is Big beautiful or do the best things coming small packages?’


We ask this question because we have recently compiled some data about the file sizes of App on people's  smartphones and tablets.


Why did we do this? 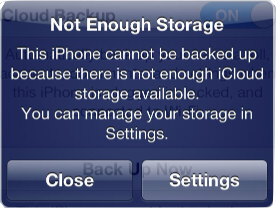 One of our iPhones needed the software updating on it. We are sure you have come across this where IOS puts little red dot on your 'Settings App'. You go in and it says there is a new version of IOS and please download it now…

As you may have experienced, when you go to download this update it says you don’t have enough memory space! Either you have far too many Photos, videos or songs on your handset or a large number of apps. In some cases it’s not really any of the above. 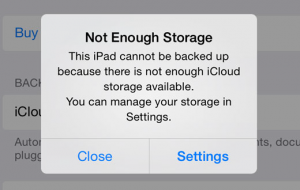 However it's increasingly likely with every IOS update that the OS on your phone or tablet eats away at that available memory space, thus restricting what you can have or do with your device.


As we cannot do anything about Photos, Videos and Songs on your phone/tablet, this led us to looking closely at the size of apps we have on there. Focussing on the more common apps that people use around Social Media, search, messaging and more relevant to skignz, other major AR Apps.


The results were startling to say the least! All of the big apps like Facebook, LinkedIn, Google Chrome, twitter etc… were around 75mB to 100mB in size. Then they slowly decreased in size with the likes of Instagram, We Chat, WhatsApp etc… right down to the AR based apps such as Blippar, Layar and Wikitude who were all a more sensible 15mB to 20mB.


We at skignz feel over the coming years there will be a move towards 'less apps' on your phone,  leaving more space for immediate storage or as connections improve more access to the cloud of your information.


With all of the above in mind, we then come to skignz.

With its huge potential to benefit just about every person on the planet either professionally or personally, the verticals it can deliver 'visualised data' in a more meaningful and helpful manner, you would expect it to be leaning towards the higher end of the size of Apps, maybe a bit bigger than the other more established 'image recognition based AR apps. 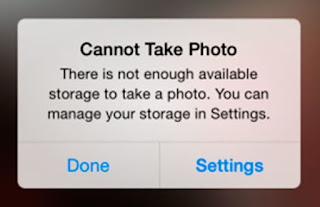 skignz is only 1mB in file size… yes you read that right, your eyes are not deceiving you….

This file size this makes skignz one of the smallest 'file size footprints' available, yet has the ability to 'visualise' most if not all of the 'data' of the other apps in a more engaging and interactive way, especially the collection data normally presented on a map interface.


Next time when you are backing up your Phone or tablet, take a look at how much memory your apps are taking up… surely there is room for the little cute/light and small skignz app.

And as always for further information on skignz then please visit us on the usual Social Media channels or drop us a line info@skignz.com
Posted by Unknown at 12:46:00 pm No comments: