Where Al meets film and then meets real-time AR ...

We are delighted to say that the Department for International Trade (DIT) is promoting the collaboration between skignz, a British Augmented Reality (AR) company and the J1S Film. 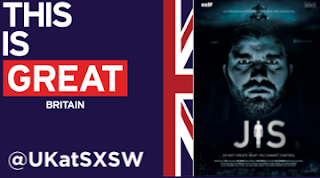 Written and directed by Jay Cunningham, produced by Firstword Tree Productions at 2pm on the 12th March 2018, on the UK@SXSW stand, in the main hall, at Austin Convention Centre.

He outlined how he felt there was a way that skignz could utilise the AR tech to enable them to give the film a futuristic look, enhance the flow and drastically reduce the amount of ‘post-production’ required by embedding the AR live into the movie as it is being filmed.
Once Jay sat down and understood what skignz could do, it was a no-brainer for him and the FwT team and the look is exactly what they wanted from all aspects of the filmmaking process.

Jay says, "skignz has allowed me as a writer, and a director, to push the boundaries of what I thought I could achieve in Independent filmmaking, with such ease of use, but also with such slickness that you would believe would come from a much higher production value." 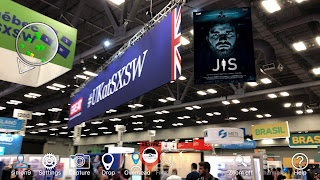 The film is based on the obsession with technology and advancement.  IA industries release a project, J1S, who is an AI military experiment before it’s ready and the consequences are terrible.

It breaks loose in the 'City of Liverpool', and they must get him back before the public realise what happened and IA’s stock collapses.

AI industries utilise skignz tech to hunt J1S and his accomplices down, in the underbelly of the Liverpool nighttime.  Will they be able to find him in time?  And who are the actual bad guys here?  We will leave you to decide that! 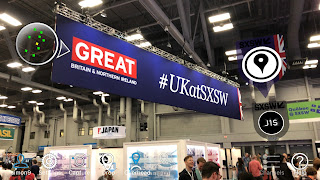 Jay says, "It's amazing to be part of such a forward-thinking company like skignz, who add such a cool dimension and element to our film, that it was just the perfect fit.
Working with Si Brown and his team has allowed the team at J1S to change how the film developed, and that's what's really exciting.

Working with British innovators and talent that share your vision, but also add another creative element to our fantastic team. We're really lucky to have them onboard, and super proud that they too are British."

You can see the trailer here 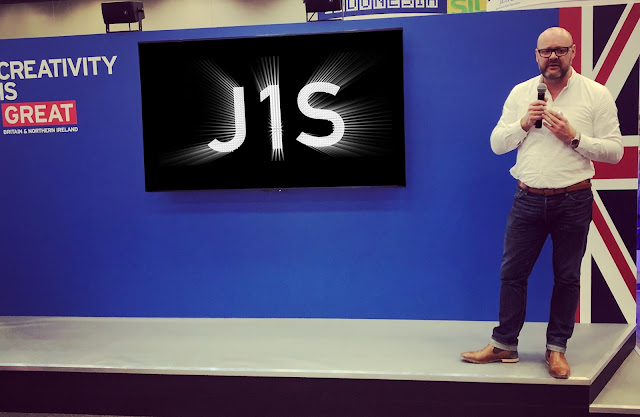 So please keep an eye out for the updates and changes either through this blog, our regular skignz Newsletters or any of our Social Media channels.

skignz launched the partnership with the Atlanta Braves (MLB) last month, at The Battery in Atlanta. 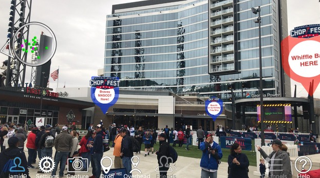 It's a mixed-use development adjacent to The Braves’ SunTrust Park, in AR.

Using the skignz app, visitors coming to ‘The Battery’ to attend a baseball game, eat or shop can locate different venues, see parking options and get previews of special events.

According to Greg Mize, Atlanta Braves Director of Digital Marketing,

“This type of location-based AR is a first-of-its-kind offering. Chop Fest is a family-friendly celebration of all things Braves and although the weather tried its best to dampen spirits with a lot of rain, the day was still a huge success, and a step forward for skignz”. 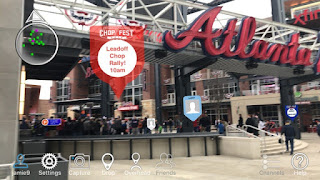 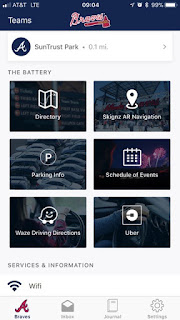 During Chop Fest, the skignz app showed many of the AR skignz that will be present all the time, such as, markings of restaurants and parking garages, as well as event-specific signage.

For example, there was an indicator showing the time and location where ‘Braves Alumni’ would be signing autographs. 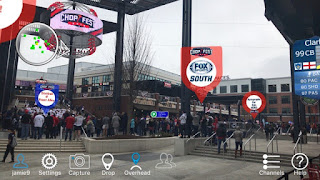 Attendees could check when they should show up to meet their favourite player and follow the app to navigate to exactly where he would be.

skignz own Jamie Clarke, said that during Chop Fest, attendees were directed to download skignz from an in-app pop-up in The Battery’s own app. 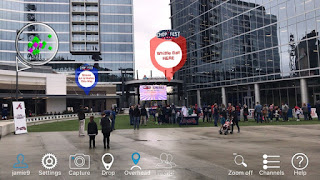 The event showed how this technology will enhance the entire Battery experience.

“Imagine cutting 10 minutes off the time it takes you to find the parking garage you left your car in, or knowing exactly where the restroom is when the kids are crying”

Following our time in the 2017 Coca-Cola Bridge Community Commercialization program, the skignz team is working on a lot of additional corporate pilots.

If you want to find out about what we are doing then please keep an eye out for the updates and changes either through this blog, our regular skignz Newsletters or any of our Social Media channels. 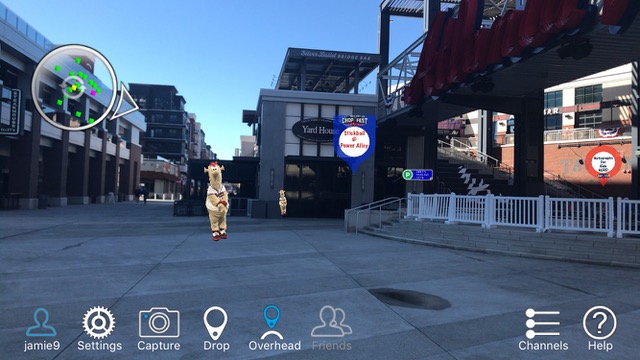 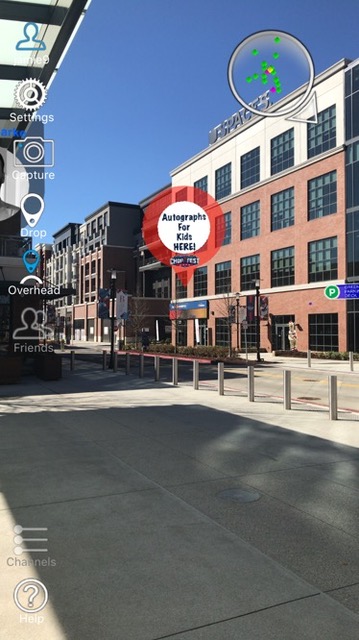