This week was the first Conservative Party Conference since 'Brexit' and although here at skignz we are non political, this conference provided the City of Birmingham with a unique opportunity to do something a little bit different. 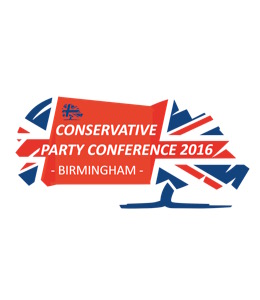 Birmingham, the second city as it's labelled, is fast becoming an emerging centre of excellence for digital technologies.

There are a number of clusters growing across the city and an aim by all the key stakeholders to provide a 'joined up approach'.

Over the past few months skignz has met with many of these stakeholders, such as the key Universities, Airport, Chamber of Commerce, Hospital, Business Birmingham and others with the ultimate ambition of making Birmingham the first 'skignz city' in the UK if not the world (currently being challenged by Atlanta in the US). 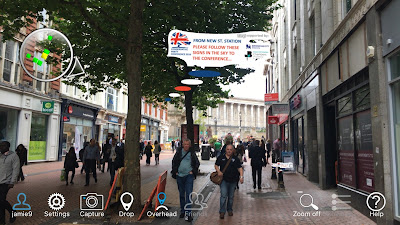 What is a skignz city?

The definition of a skignz city is very loose, however it builds on the idea of a SMART city, but using the skignz platform and digital eco sphere to provide services, information and experiences across the city.

This ranges from next generation Wayfinding, asset tracking, leisure activities and raising cultural awareness. SMART cities focus not on the infrastructure such as driverless cars, IOT, etc.

A skignz city links all of these other initiatives together through a common platform using the skignz Geo Location based Augmented Reality Platform.

How does this apply to the Conservative Party Conference?
It was felt that in order for all of the stakeholders to fully understand and experience skignz an event and/or location was required to demonstrate skignz. 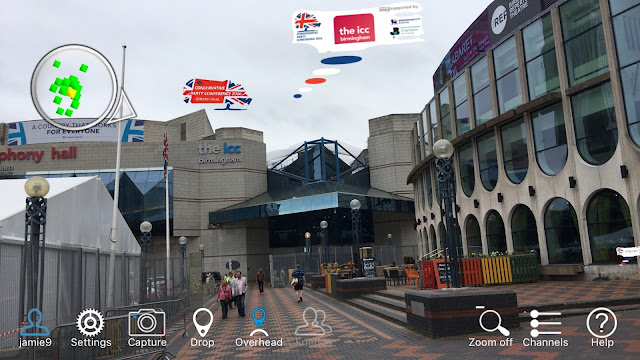 The CPC was chosen and over the past few weeks the skignz team has been in Birmingham installing the infrastructure required, for not only all those attending the conference, but all those in Birmingham and especially those interested in using skignz to further their individual/organisations agendas with regards to digital technology. 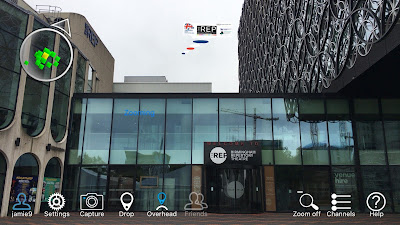 During the conference people will be able to access the skignz environment for either navigation from Birmingham New Street Station, to finding the ICC more easily, through to providing interesting facts and information in and around the ICC.

Birmingham City University and the Greater Birmingham Chamber are the key supporters, in being the very first Party Conference to use Augmented Reality, especially as this is not gimmicky or gamified, it's useful, relevant and interesting. 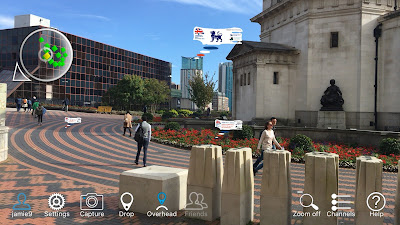 The future of Augmented Reality is around making the technology useful and complementary to other technologies, both key ingredients in building SMART cities.

Birmingham has over the last few days become the first city… a huge change from its usual status! 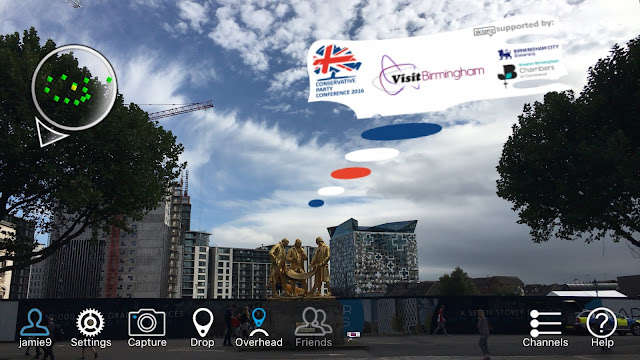 Well done Birmingham for having the faith and courage to push the boundaries of what is possible, by enhancing a political conference - some would say that's almost impossible!

The BIG question is?
Has the second city just become the UK's first city with regards to Augmented Reality?

If you want to find out more about skignz, then please visit our new recently launched website (www.skignz.com) as well as the usual social media channels
Posted by Unknown at 3:37:00 pm No comments:

skignz was founded by two guys, Gary and Si who both hail from Middlesbrough, UK. support their local team Middlesbrough Football Club (Soccer for our readers in the US).

Middlesbrough F.C. had progressed through to the Championship Playoffs against Norwich City F.C. on Monday 25th May 2015, at Wembley Stadium.

The winner would not only win what has been termed the Richest Game on the planet (circa £150m) but also a place in the worlds leading League - Premier League. Both teams aiming to win so they could play the likes of Manchester United, Chelsea, Liverpool, Manchester City, Arsenal etc... every week. 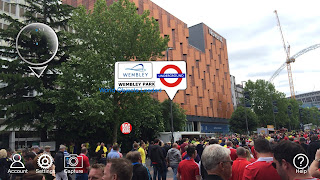 Obviously being local guys, many of their friends, family, ex colleagues and businesses associates would be attending the game.

In fact 38,000 Middlesbrough fans descended on Wembley, London to watch the game.


Si & Gary thought this a great opportunity to test the skignz platform with some of its new functionality. 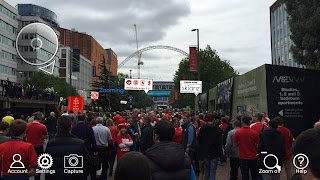 They asked various people to set up their own accounts and 'skignz' themselves and put up 'signage' and 'badges' either above their heads or in places they wanted to meet friends and family.

Below is a gallery of images that we took and others have sent to us since we returned from Wembley. 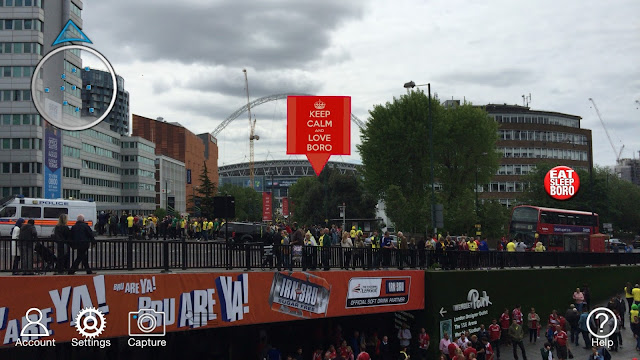 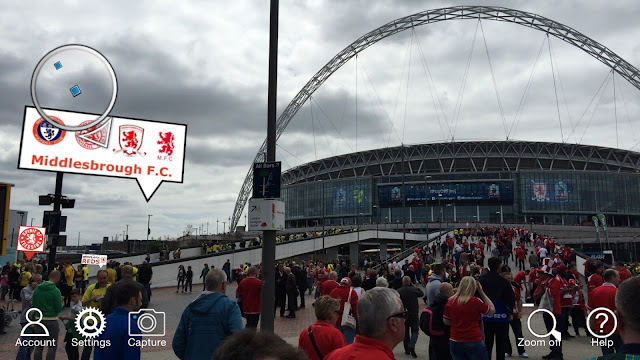 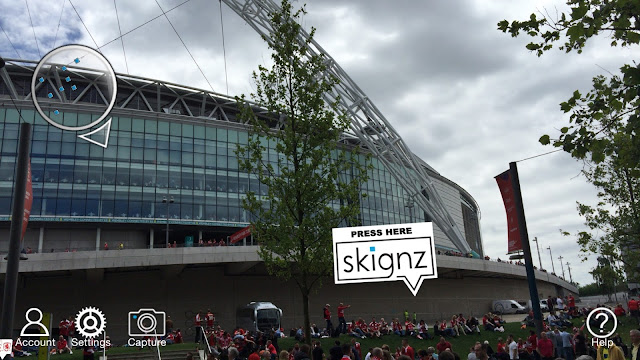 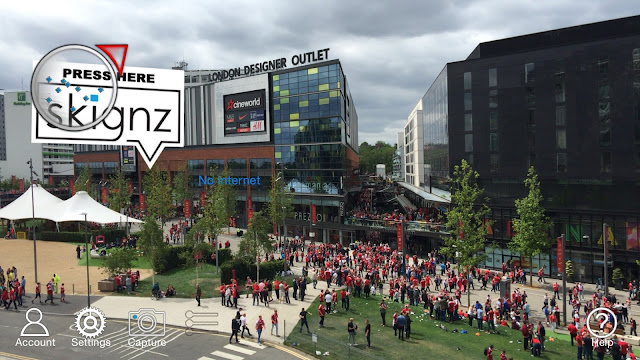 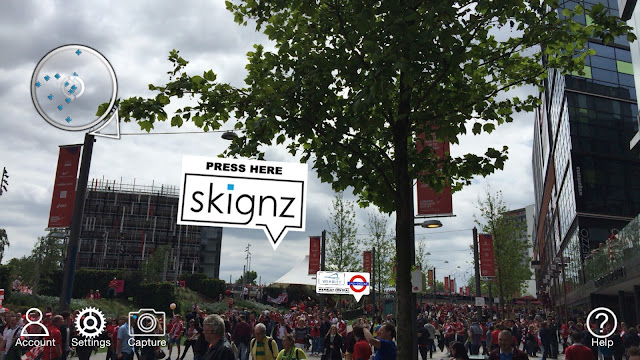 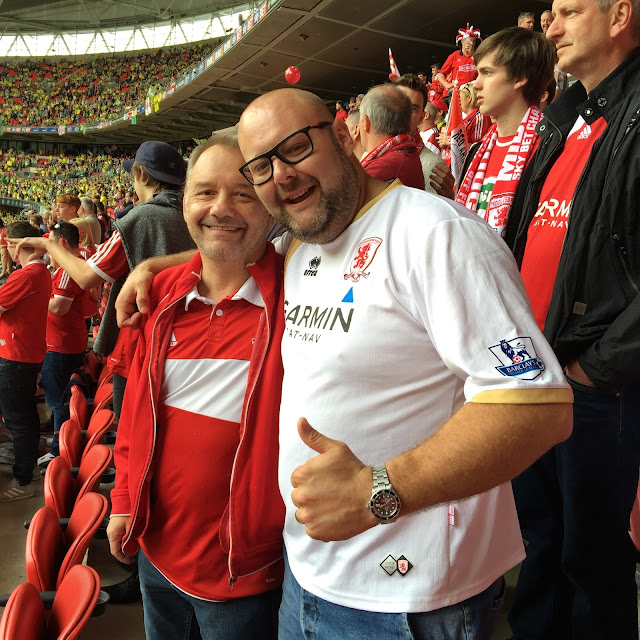 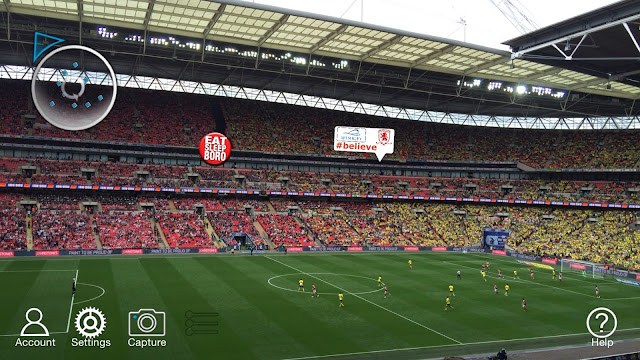 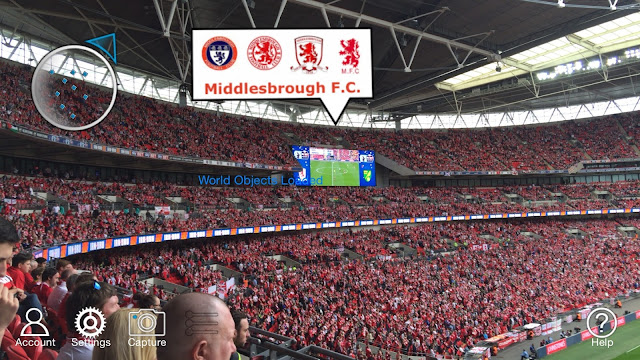 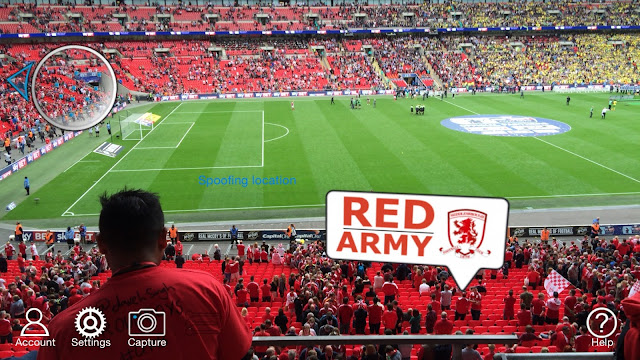 "BTW Norwich won the game 2-0, so Middlesbrough fans, returned home in a very disappointed and deflated manor with only next season to look forward to!"

if you would like to know more about skignz and how you can use it either as a brand or an individual then please take a look at http://www.skignz.com/discover and complete the 'three simple steps'.

Also you can check out skignz on the usual Social Media channels by entering skignz in the relevant search box.
Posted by Unknown at 4:00:00 pm No comments: