It's now been just 3 short years since the enigmatic Steve Jobs sadly passed away aged 56. With Apple launching a range of new products and their next operating system. We came across a couple of documentaries on Netflix focussing on different parts of his life.

After watching these it made us think. How is Apple doing post Steve Jobs and will they have the same success without him involved? 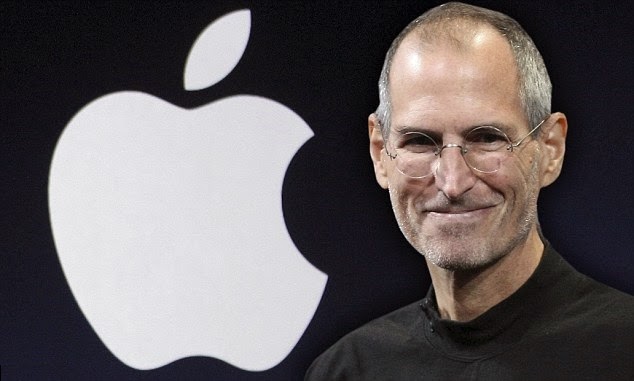 The latter was especially fascinating and certainly took the skignz founders Gary and Si back to different parts of their lives.

Gary was involved in software at the same time as the Apple v Microsoft battle was being established and the use of Punch cards. 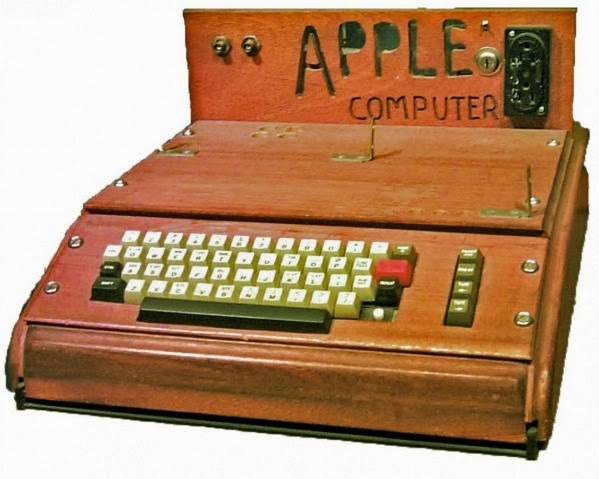 Si however (being 20 years younger than Gary) remembers the early years for whole different reasons, using personal computers at home, being introduced to them at school then finally beginning or using a Mac at Art College.

So both have very different memories of this time however back to our focus on Apple.

Both documentaries showcase Jobs's influence on Apple, before he was ousted and when he returned, but now he is no longer with us and without a 'figure head' the public at large can identify with, have Apple become another faceless corporation like IBM, Coca Cola, etc. ?

We wondered how much influence Jobs had on peoples decision to buy Apple's products, there was a mystery and certain amount of magic around the guy that endeared him to millions across the globe. 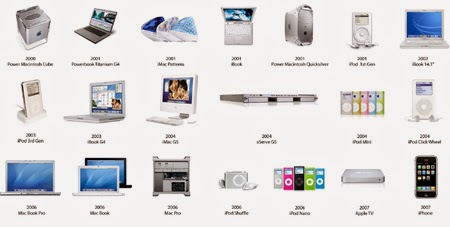 Maybe like Pop/Rockstars who have died young, will his legacy and reputation actually increase - probably! But how do the people at Apple who are left post Steve Jobs deal with this?

During his tenure not only was he one of the pioneers of home computing, changing the user interface and the quality of design and product in the computer world.

They also revolutionised the music industry with iTunes, with iPods, then the communications world with the iPhone even moving partly back into the computer with the introduction of the iPad.

Which now seems to have taken over from Laptops. Now we have the 'Phablet' iPhone 6+ Niche products in niches that didn't exist prior to Apple exploiting them. We are not saying they were first to market with iTunes - remember Napster, or the iPhone, remember Nokia? Or the iPod, remember other brands had MP3 players. 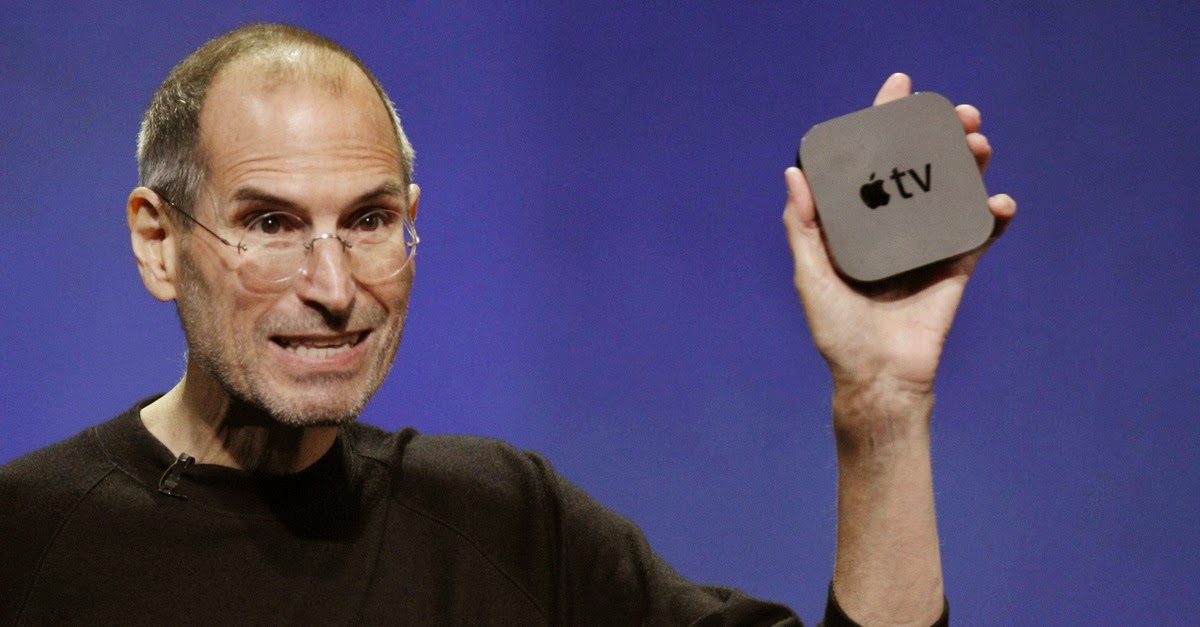 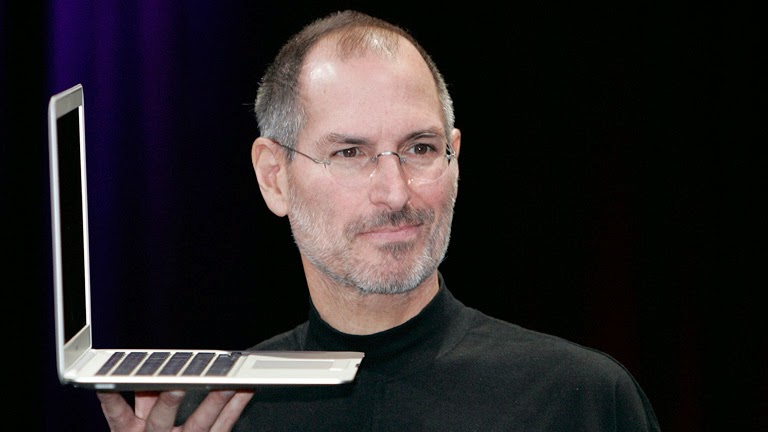 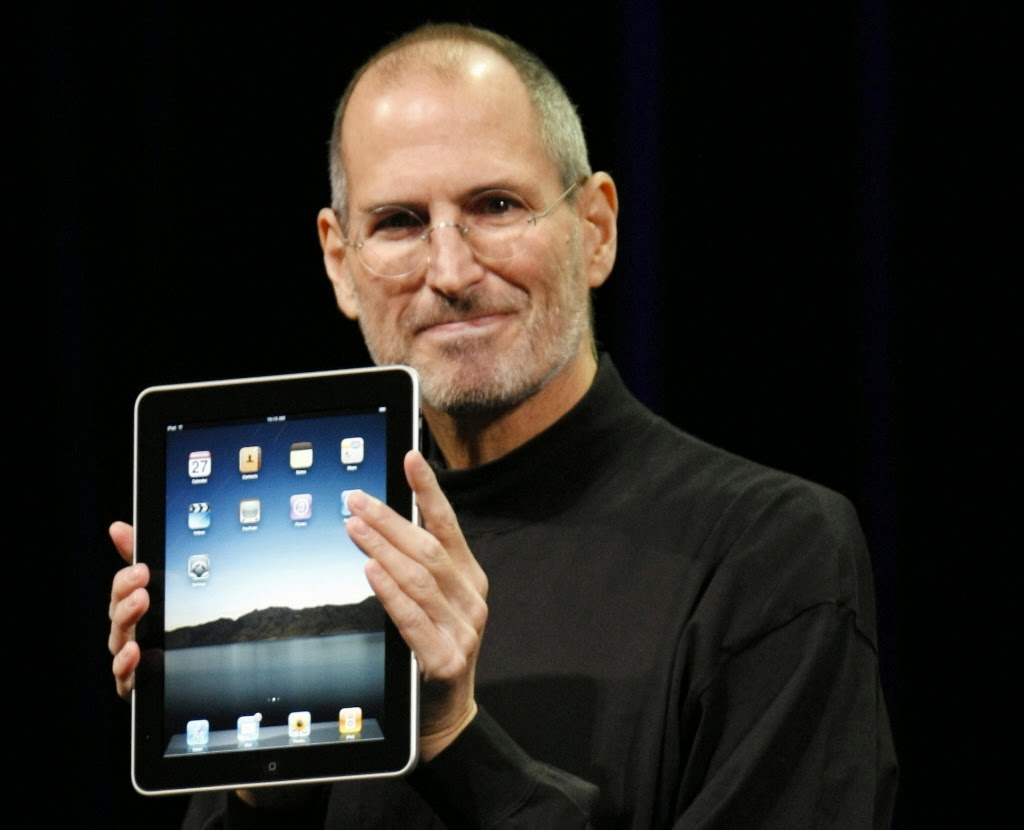 Apple simply took them to another level completely in quality, design & functionality. But as you can see with all of these innovations they realigned different industries and markets through their innovation.

But and there is a but ... can Apple do this again? And if so in what sector, industry or market place.

They recently purchased Beats, much has already been written about this acquisition and it remains to be seen how this will affect how beats and apple come together for the benefit of the customer. Both awesome brands with quality products but will the Beats brand remain? But this does not obviously show an intent to transform a certain market place or existing industry, nor does it point to creating a new niche or market place. 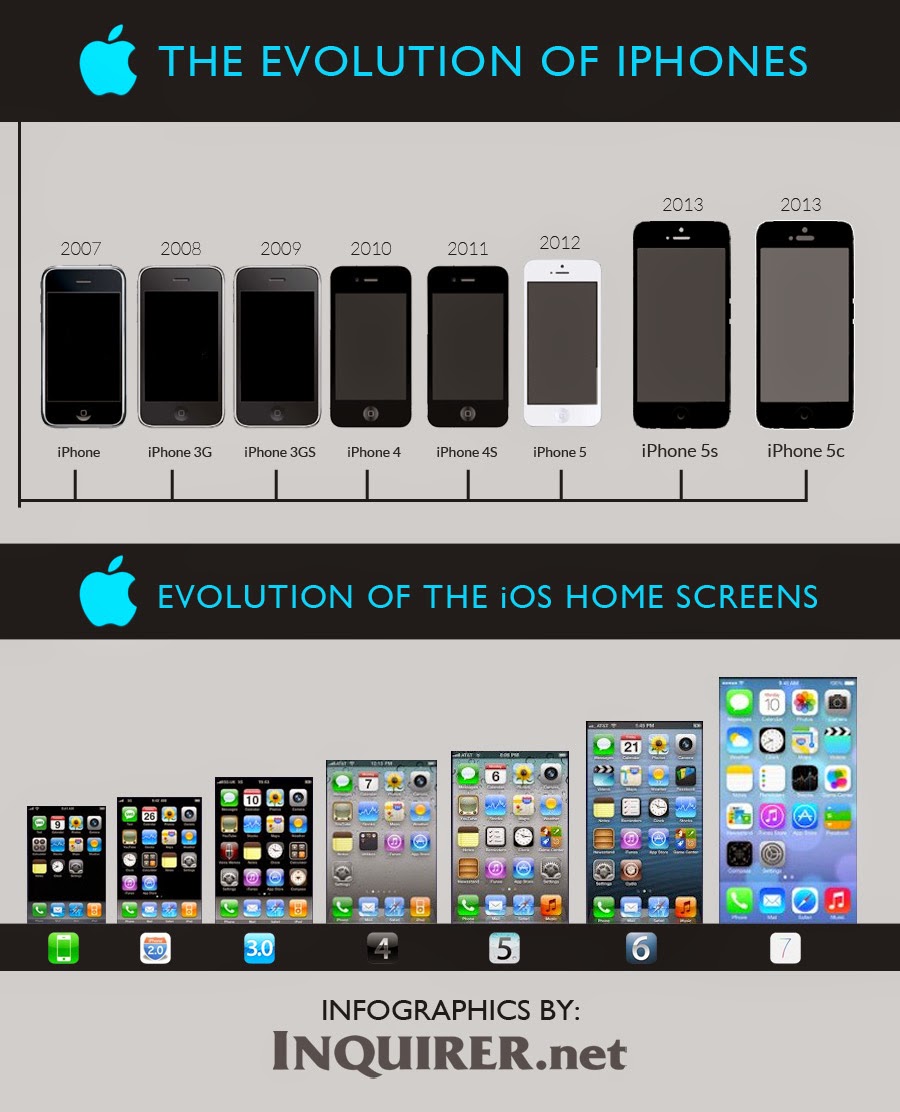 So where will Apple go from here? Will they simply just keep evolving their existing range of products, tweaking enhance the design, functionality, shape size and form? Will iPads disappear and the phablet become the device of choice or will phablets not catch on due to their size and revert back to Phones & iPads?

Will iPods continue? If so, in what format? This begs the question how will mobile devices evolve? Wearables, wrist or glasses based or a combination of both? Certainly with the expansion of Augmented Reality this could be a clear indication of where the market is heading in the near future. But how long will this take?

It's been 13 years since Apple launched the iPod, look at what has come since and how that has evolved? But all of that was with Jobs at the helm. What now for Apple, without him? Who is the visionary now at Apple?

Surely if they just evolve with what they have others WILL come into the marketplace. Some of these companies won't even exist yet their future owners may still be in nappies or not even born. However there will be some still in their college/uni dorm who although are not planning to be bigger and better than apple, could end up that way.

But there begs another question. Would Apple let them get that big? Is it not easier for them just to acquire them at a very early stage and either use the technology themselves or shelve it so others can't. Certainly this is a possibility due to the ever increasing cash balance that Apple has.

But not only Apple, what about FaceBook, Google, Microsoft etc. All of these big players can buy just about any start up or established business by throwing the right amount of money at it! Make them an offer they can't refuse so they can either use that hardware/software for their own gain or simply to stop one of the other big players mentioned above from having it.

You may think we have digressed quite a bit from the original question, but all the above leads us back to how will Apple proceed in the post Steve Jobs era? Even a big personality who comes in, from either internally or from the outside will ALWAYS be compared to Jobs, they cannot escape from that!

So surely therefore that would mean that Apple become seen more as a huge corporation eventually leading them to becoming the villain at some point in the future, rather than a uber cool 'tech movement or religion' as most of their customers perceive them at the moment.

You may think why we are writing this or how it may relate to skignz? When we started writing this blogpost we were not sure where it would end up? That may sound strange but we wanted it to develop through normal organic thought processes based upon what we know so far. 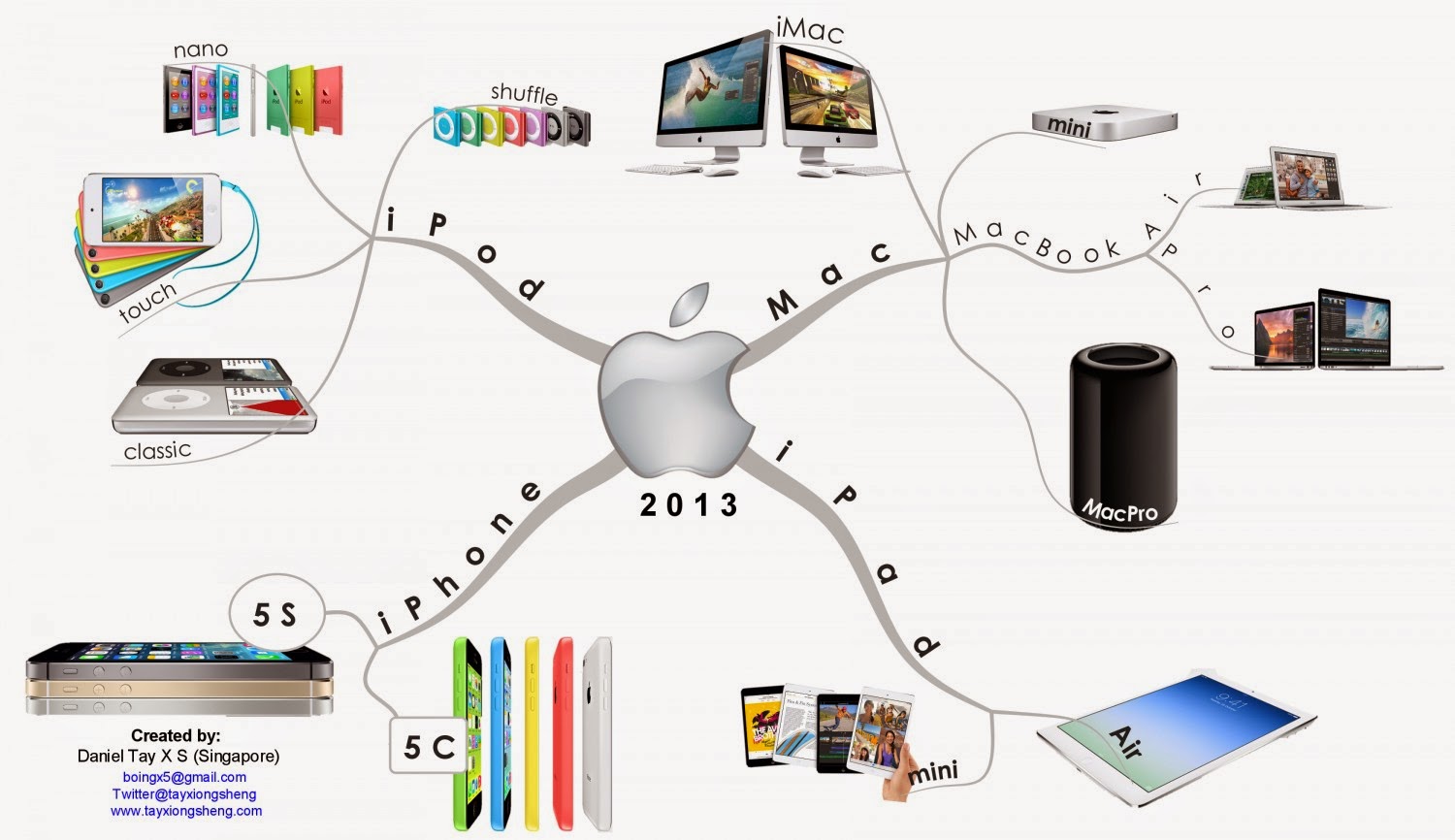 We hope that it's actually provided more questions than answers as you will have your own interpretation on this!

How do you think Apple will progress? Evolve what they have? Or Introduce disruptive innovation?

What we have done during our discussion whilst writing this post is understand how it can be related to skignz and we see the following key areas for where it does:

- could skignz become the new way to navigate by replacing Apples Maps on their devices?

- skignz is a tech company with next generation technology that could certainly improve Apples offering especially with potentially 8 patents pending.

- skignz's technology would also be attractive to the other key players in the market, Facebook, Google, Microsoft etc.

- due to the nature of the skignz technology, it has the ability to revolutionise a range of different markets, navigation being a massive one but also as a browser, even a whole new marketing channel for brands through to being an extension or new way for people using social networks to communicate. 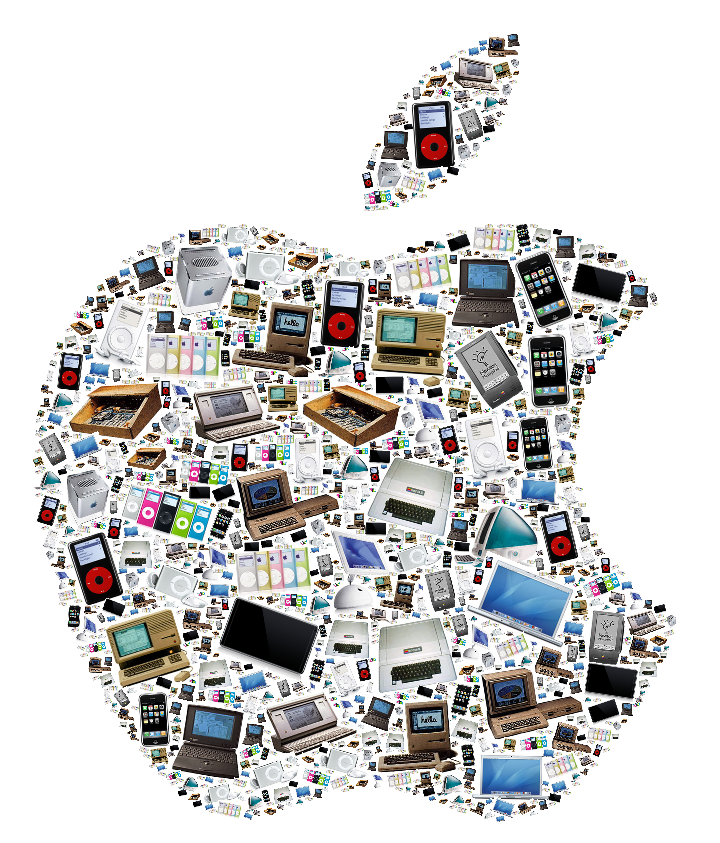 One further question we have thought of is at what point of skignz development does it become of interest, exciting or even a threat to the above companies, depending on how they see skignz its benefit to themselves or to their competitors surely would vary between them. 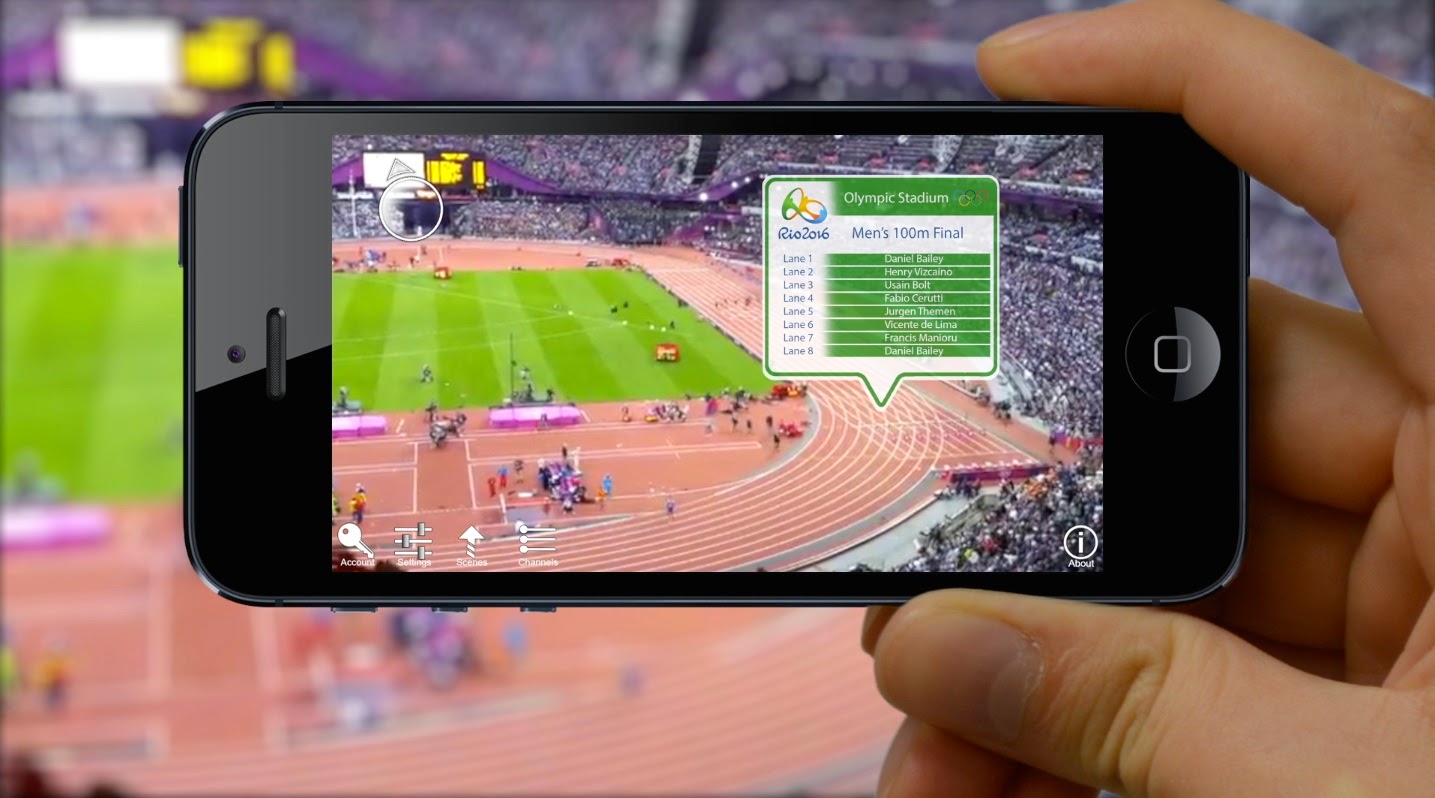 I don't suppose we will know until the first of them engages with skignz in some way? This may have already happened but without us knowing, either way we will update you if or when any progress is made on this!

But back to our original question! In summary we believe that the way Apple will progress post Jobs is by aquiring new technology that is disruptive and delivering it through its channels or add to its own tech.

For further information on Apple please visit their website at http://www.apple.com

If you would like to know more about Steve Jobs then a good place to start would the wikipedia entry for him at: http://en.m.wikipedia.org/wiki/Steve_Jobs

If you would like to know more about skignz then please visit our website at http://www.skignz.com and don't forget to check us out on a range of the popular Social Media Channels.

From Captain Cook to skignz

Are you a little inquisitive by the title? Well… 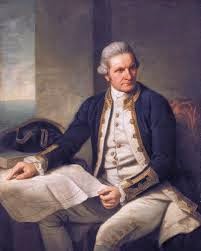 During the Seven Years War, Cook became quite the craftiest and the master himself in map making. After getting noticed by those high up in the navy, Cook had been set his main first objective to observe the planet Venus as it passed between the Earth and the Sun.

Cook could always sail his way directly to a location he wanted to go. 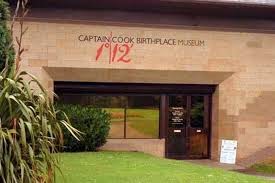 The method he was using to find longitude was the method of lunar distances or lunars. To facilitate the use of this method Cook had with him on his ship the Endeavour Nautical Almanacs, newly published by the Astronomer Royal Nevil Maskelyne. These almanacs listed the angular distance of bright stars from the edge of the Moon at various times at Greenwich.

Cook and subsequent navigators using this method measured the angular distance between a star and the Moon with a sextant together with the elevation of the star and the Moon above the horizon. What made the technique difficult to use was that calculation had to be used to make the measured distance comparable with the tabulated distances.

First the navigator had to make the obvious corrections for the distance between the edge of the Moon and its centre and for the zero or index error of the sextant. 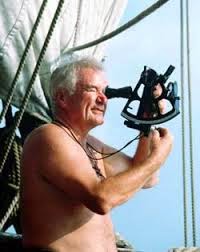 Then came the tedious business of ‘clearing the distance’, which was applying corrections for parallax, that is working out what the measured lunar distance would have been if made from the centre of the Earth and correcting for refraction, the shifts in the positions of the Moon and the star due to the bending of their light by the Earth’s atmosphere.

So how did we go from Capt. Cook to skignz…?

'skignz is the new way for you to navigate around. It helps you to find your way through following skignz you can view through your mobile device located in the sky. Your signs in the SKY!'

skignz (like captain cook) eliminates the need for maps and allows you to find where you’re going or where you wish to be through following skignz in the sky you can visualise through your mobile device.

The skignz do need to be pre-placed by yourself before you go to any journey, however it saves you the trouble of struggling to find where you’re heading and make your journey a whole load simpler and easier.


skignz do not only allow you to find where you need to be, they allow you also to find your friends if you lose them. With a simple skign pre-placed above your own head or a friends then the task of finding each other in a busy environment is simplified. 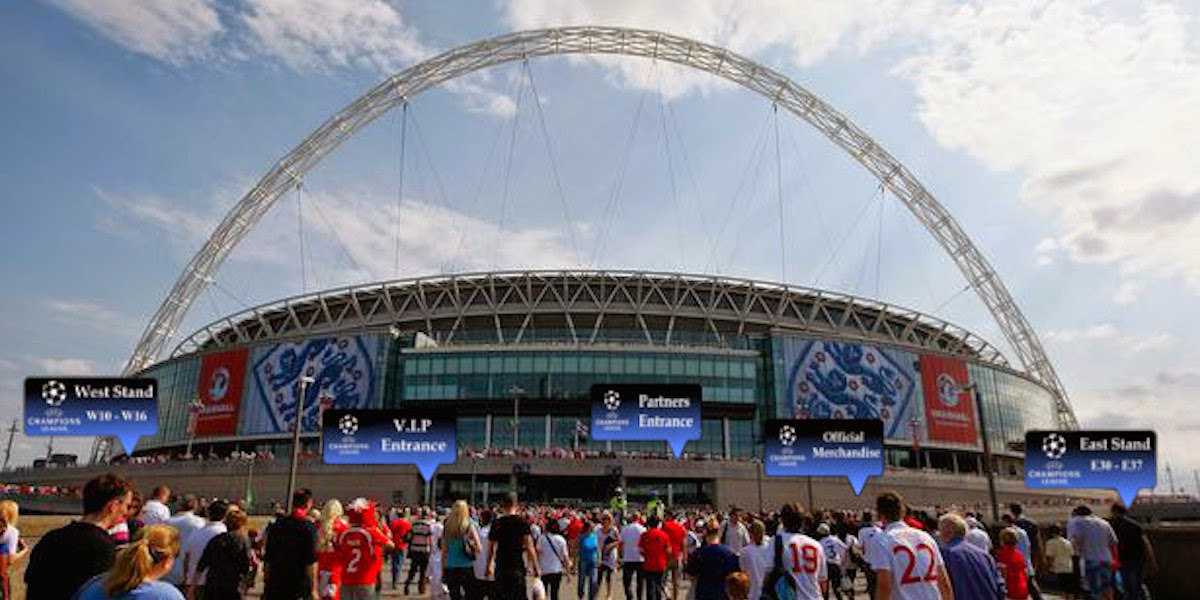 You yourself could travel the world, meet new people, learn new things and discover new places all through using skignz to direct you there. You will never get lost yourself, lose your friends and always know the places you need to be.

So why don’t you be just like Captain Cook himself, follow in his footsteps and his passion for life. You can do all of this through skignz! 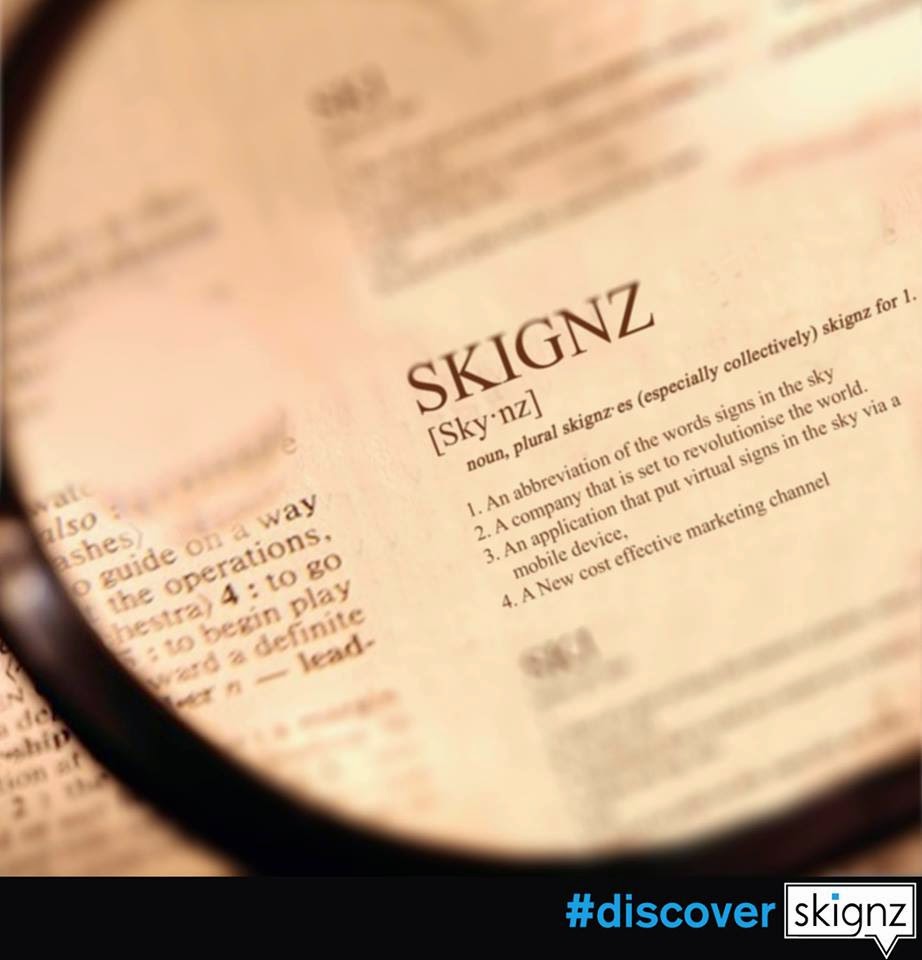 It is free to download and very simple to use. Once you become a expert at skignz you will see it is the best technology to use!


For further information on Captain Cook's 1st voyage then you can find this out at
http://www.captcookne.co.uk/ccne/timeline/voyage1.htm

If you would like to know more about Captain Cook himself then a good place to start would the Wikipedia entry for him at: http://en.wikipedia.org/wiki/James_Cook

If you would like to know more about skignz then please visit our website at http://www.skignz.com and don't forget to check us out on a range of the popular Social Media Channels.