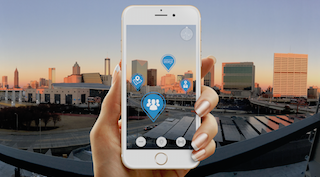 Long time readers of this blog – friends and family of skignz – know I’ve been pursuing the very real dream of making Augmented Reality easy, fun, and useful for the masses.

In the beginning, finding articles on the topic was as rare as finding Venusaur, Blastoise, or Charizard in Pokemon Go!. (Of course, back when we started, there was no Pokemon Go!) Try as I might to find something tangible, most of the articles were related to the promise and potential of the technology.

As time passed, it got a little easier because 'the space' was heating up. However, we still couldn't find much in our specific territory. (Don't get me wrong...that's not a bad thing!). The growing amount of information was about AR triggered by images (e.g. a QR or UPC code) or 'features' (e.g. logos or open spaces in a kitchen to place an augmented microwave).

While location-based (what we use) is another known trigger, it’s surprisingly rare. In fact, we studied the 109 applications in Super Ventures AR Landscape and could only find a couple of possible examples. 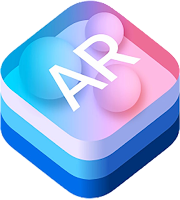 Pokemon Go! was indeed the game changer that it gets the credit for. It taught us all lessons about the possibilities and established a credible example of how a niche technology could explode into the main stream. ARKit clearly will do all that and probably more.

Add Facebook’s pronouncements and you might think skignz would want to crawl into a virtual cave.

How could a small angle-round startup possibly compete? This is how:

* We use 'geofencing' in a very different way than all other location-based experiences (AR or other)
* We don’t place content in the App (we’ve <5 MB on your phone vs +300mb for Pokemon Go!) Take a look for yourself www.skignz.com/download
* We have real use cases under our belt and a growing sense of what works (and what doesn’t) for our particular flavour of AR see www.skignz.com

In addition, those same longtime readers know skignz has been identified by some of the largest brands in the world (Coca-Cola, IHG, Cox Enterprises, Porsche, to name just a few) and have selected us to be part of The Coca-Cola Bridge Community program. That prestigious recognition gives our partners the opportunity to bring location-based AR to the masses.

For this we offer our very real thanks to the teams at companies like Apple, Niantic and others for doing what we couldn’t do by ourselves: Make Augmented Reality a 'reality'.