Is Snapchat worth $3bn?

So it can’t have gone a miss to you, with what everyone is talking about in the news at the moment: Snapchat! Why they (Snapchat) decided to turn down Mark Zuckerberg, Owner of Facebook, $3bn offer. Well surely that decision can’t have been easy to make, or was it for Snapchat? We decided to dig deeper and see if we can figure out why this high offer got declined and what the end outcome could be? 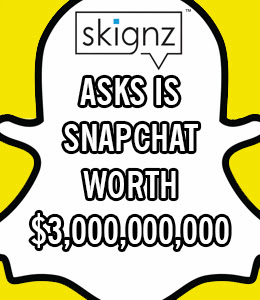 I bet the first question that everyone thought to themselves, especially Mark Zuckerberg, was why Snapchat thinks it will be worth more than $3bn. Well the founders did have their reasons for declining the offer. They stated that Snapchat was engaging with other money-spinning offers at the same time that the Facebook offer came about, such as a $4bn investment from a Chinese e-commerce company.

This will have provided Snapchat founders with a sense that they can do exceed the $3bn that was originally offered by Facebook. Although this won’t have been the only reason as to why Snapchat would not take Facebook’s offer. Stating that the app has been said to have been popular since May 2012 with 25 images being sent per second. This will have increased in 2013 and what the potential of it could become by 2014/2015 will be visualised and noticed by the founders themselves and other investors.

Put aside the fact that they believe they can make more money, the co-founder and CEO of Snapchat, Evan Spiegel, was born and raised into an upper class family. His parents have always been wealthy, living in a nice multimillion dollar home and driving cars at the price of $56,000 to $75,000. With Evan Spiegel having been raised in a wealthy background, maybe declining $3b and asking for more may be easy for him if he knows he will get that little bit more.

What can we class this as; greed, idiocy or badly advised? A lot would seem to say that it is greed with the founders, but with them being as wealthy as they are it would not matter to them much as they have an upper class background as a back-up plan.  The decision could be classed as neither but yet a clever decision on behalf of them both.

Looking at Snapchat and the potential that it holds for the future, with the younger generations getting on board already with ‘SnapKidz’ for 13 year olds, which allows kids 13 or under to take a picture, draw and create but save it only to their device, surely when they reach an older age they will get on board with the different version of Snapchat too. The generation and popularity of Snapchat could be going on for a long time and whoever knows the real potential of it, like Evan Spiegel and Bobby Murphy, the other co-founder of Snapchat, will know that they will need to make an offer to persuade the founder to sell to them. 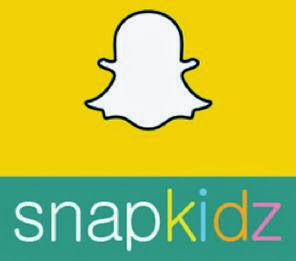 With Snapchat not having any revenues or revenue streams identified, why did Mark Zuckerberg decide to bid $3bn for the company? Well, with Mark being the founder of the well-known social media site Facebook, he has seen how quickly social media flourishes and the potential that lies within it. Around Facebook he will have seen the popularity of Snapchat, with many pages getting created as to where people’s Snapchat images can be seen and revealed, plus the custom it brings both to Facebook and Snapchat itself through one aspect of the social item.
From just viewing and seeing how popular Snapchat has become, it shows the potential it holds and just how well it works with Facebook and all users of the social site.

Why does Mark Zuckerberg want Snapchat, maybe instead of having the Facebook built ‘poke’, in its place he could use Snapchat and see what he can create with the two of them together? Will he bid even higher for a company with no revenues in place? Giving the ideas he probably has with what he wishes to do then eventually it may come to him to give in, as Snapchat’s co-founders will not give in until they get that higher bid off Facebook or another investor. 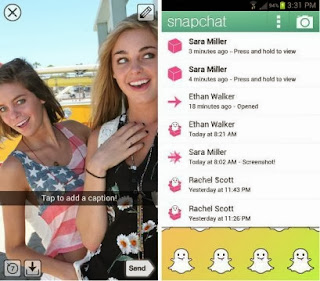 As we have seen above, Facebook already has ‘poke’ in place, which is similar to the social app creator Snapchat itself. So why would Mark Zuckerberg (Facebook) want to buy Snapchat when he already has something similar?
Well as it has been said, the idea of a ‘poke’ button does not seem to be as a fun idea or interesting to many people as Facebook may have thought when they created it. The idea of the ‘poke’ button can be seen as rude to some people and the thought of someone ‘poking’ them through Facebook may not seem appropriate.

The idea that was created by Facebook did not take off as well as they thought and when Snapchat came about, a whole other idea was exciting and everyone got on board to start using it. People could add their friends, screenshot, embarrass people, and create images that will never be seen again and so on. The qualities and fun aspects that it came with proved to be a hit with many straight away and with the younger generation too.

Having seen this, Mark Zuckerberg will have noticed how much of a hit this was compared to what was created for the social media site Facebook and the difference in how people have used it and view the aspect of both.
Everything today and in the future is getting more about being social and what can be done more to keep on improving that, and that will be what Zuckerburg knows he needs to do and what he wants to do to keep improving Facebook itself and be the owner of two popular social media aspects.

So can we class Snapchat as a fad or can it be a way for young people to defy their parents who won’t let them have a Facebook account? Well Snapchat is a lived craze, but for now it doesn’t seem to be a short lived one. The potential that it has and the amount of users it has currently is high and certainly this will keep on growing for quite a while, hence the reason there are many added potential investors and people that wish to buy Snapchat.
Many can see Snapchat as a fad, for a while as the idea of it is exciting and no-one seems to have gone off the idea as of yet. People are having fun with friends and family, having experiences that they can joke about and be used as a social concept between them all. 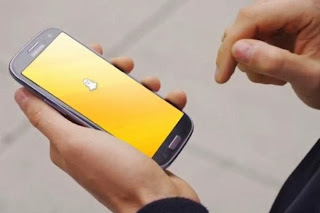 In saying all this about younger generation, is this a way for them to just defy their parents who won’t let them have a Facebook account? Snapchat generally would not be a way for younger kids to want to defy their parents who will not let them have their own Facebook account as of yet.
The general age of Snapchat users is 13 to 23 years old, and those of 13 and under can only use Snapchat in a safe way. Anyone above that age generally most will have a Facebook account already themselves.
If someone over the age of 14 was to have Snapchat, then they may as well have a Facebook account. Both of these social networks provide the essence and platform that anyone who uses either can communicate with anyone they wish too, and can be seen and contacted as Facebook provides private messaging service and Snapchat, screenshots can be taken to save for who wants it for themself.

Most people who have Snapchat do have a Facebook account also. Snapchat gives a different concept to what Facebook does; the image that is seen doesn’t stay around and is a digital way to send photos that won’t be there all the time.

Now we come to thinking what would Facebook be gaining through the purchase of Snapchat? There are a lot of reasons as to why Mark Zuckerburg wanted to purchase Snapchat for $3bn, such as the future of Facebook being developed, help Facebook’s branding, develop the usage of mobile devices and much more.
He would be thinking about how the future of Facebook could be improved and helped along the way with Snapchat. Snapchat may not be around forever or the craze may not go on much longer than the next couple of years, but Facebook could do some developments with it that along the way that will help Facebook as well as Snapchat itself.

Seeing how much awareness the declining of the $3bn offer has raised and the shock value it has created, it goes to show just how important Snapchat is, from the younger generation to the older, even though it may be in different concepts.
Snapchat will still be popular for at least the next couple of years given how it is in today’s society, so if Mark Zuckerberg was to manage to offer more and gain Snapchat for himself then he would be able to work and create something that would be even bigger, more fun and exciting than what Snapchat currently is like.
It would develop the social media world and the aspect of all social media in different concepts, hopefully bringing around new inventions and new opportunities for the younger generation to take benefit of.
So now what is next? Will Mark Zuckerberg offer a higher bid for Snapchat? Will he give in? Will someone new come in and bid higher? Or maybe the founders of Snapchat come up with a new idea themselves and improve the future of Snapchat and social media generation itself.

Likewise to Snapchat, skignz is very similar positioned to Snapchat and offers something unique but in multiple marketplaces across many different sectors, rather than focussed on one or two. skignz has already over 15 income streams identified, some created by the skignz technology as they would not exist without it and is already a profitable company, something quite rare in tech start-ups in the current day.

The comparisons don’t end there as skignz has a similar number of employees, about the same as Snapchat’s currently and the scalability and capabilities of skignz and the possibility it opens up for a whole new potential for the likes of Facebook, Google, twitter etc…!
skignz essentially creates content out of thin air, making the next browser airborne, placing search and social in the sky around you?

Please take a look at each of the platforms, also a few links provided to showcase how skignz could be used: