Over the last 12 months we have being spending considerable time in Atlanta GA. Across this period we have met some amazing and interesting people from all walks of Atlanta life… 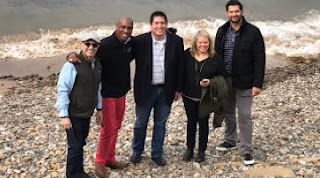 So for them to take time out, during a very busy trip to the UK, and sandwich in a trip to Middlesbrough in between activities in Manchester and London Tech week was hugely appreciated. We obviously didn't sell them on the Sunny weather, Fortune 50 Company HQ's brands or having an EPL Football (Soccer to our US counterparts) team now.

They were, however, extremely happy with their first impressions of Teesside, with a scenic tour of the North Yorkshire Countryside en-route to their historical hotel at Gisborough Hall and especially the coastline down at Saltburn-by-Sea.

As well as Teesside's wide and varied 'cultural offering' these guys from ATL were here on 'Business' with the focus being on understanding where skignz comes from but also what other possibilities does Middlesbrough and the surrounding area offer from an Economic Development (ED) point of view, both for Atlanta and the wider Teesside area.

After a fine lunch, it had been arranged for an insightful gathering of what actually occurs in Middlesbrough Council, InvestMiddlesbrough, Teesside University, Tees Valley Combined Authority (TVCA), BE Group, Digital City, Calm Digital and of course, skignz we all provided background on where we fit within the area, our aims, aspirations and also key the challenges we face. 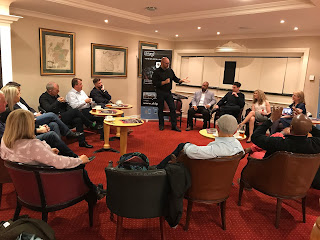 From our local area, we were proud to be joined by some major representatives of the varying key LED organisations: 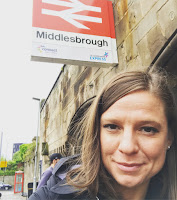 Suffice to say, after an engaging few hours of conversation and discussions around joint issues and objectives, quite a bit of common ground was discovered and shared.


Individual feedback from the MAC contingent proved extremely positive, Emily Poole (Fayette County Dev) said: "We were all speaking the same language, on the same level and the amount of crossover, feedback and potential was quite incredible, I am really looking forward to developing relationships with Middlesbrough and the wider area". 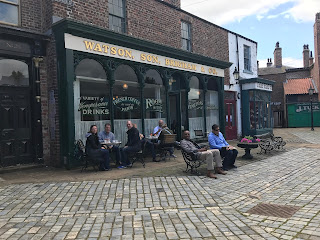 As part of their whistle-stop tour, the skignz team felt it important not only to 'show them the sights' but also engage with local businesses and organisations.

We would like to say a huge thank you to the guys at Gisborough Hall, Coatham Coaches, Pacittos, Middlesbrough Football Club, Dickens Inn, Lucia's Italian Kitchen in Yarm and Preston Park Museum who went out of their ways to make our guests as welcome and looked after as only we can in the Teesside area.
Again the feedback from the ATL Group was so compelling they actually wanted to stay a few more days and had praise for each and everyone of the people from the aforementioned local companies especially things like 'the most amazing hotel', Saltburn-by-Sea is a beautiful place, North Yorks Moors look amazing, first lemon top, beautiful food especially the local delicacy (parmo - yes they practically all had one or at least a taste), the Victorian Street was mind blowing and such a treat with the goodie bags from 'The Boro' (educated from the Middlesborough - adding the extra 'o') 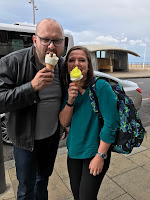 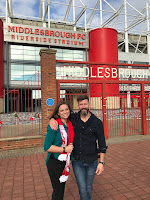 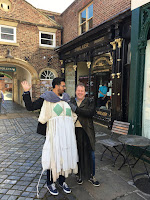 Business being the theme of the visit (underpinned by local culture, of course!) was discussed constantly throughout the few days, the ATL contingent fascinated but the history for the Teesside region and where it's now at, the Coach tour of all of the key sites, helped them further understand the transition the area has taken over many periods of time. 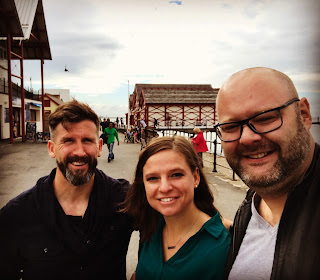 From way back to Capt. James Cook, through the 'Industrial Revolution', the emergence of the 'Infant Hercules' and providing steel for the rest of the world (Sydney Harbour Bridge), ICI being the largest chemical plant in the world, locking of the Ayresome Park gates at the football club's lowest ebb.

The resurgence of old shipyards after 'Maggie's Walk in the Wilderness' and the further decline of the steel, shipbuilding, offshore and supporting industries over the more recent past, through to the change of offering from Teesside, with Digital & Creative Technologies, Advanced Manufacturing, BioTech, Logistics and Offshore Power.

Teesside was likened to Atlanta (known as the 'Phoenix City' because it's reinvented itself constantly over time), so not only the key issues and opportunities faced by our own area in the present time, relating to our US counterparts, both historical (there's not, as long as ours, admittedly by them) and present day provides a firm foundation to look forward together. 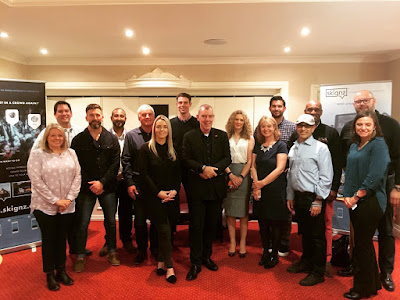 What that will look like in the future, is down to all those who participated, all we can say, coming from the area and the progress we have made as a company over the last 12 months, despite some significant adversity along the way, is testament to what can be achieved working in both areas simultaneously.


The skignz team feel privileged that the US guys who came took the time out to visit us, the local guys who stepped up (you know who you are) and supported us and look forward to continuing the journey with you all on both sides of the Atlantic.

Thank-you all again for participating and being present.

If you would like to find out more about Atlanta, then please take a look at the following websites: