Subverting the Subversive with skignz

This summer the widely acclaimed artist 'Banksy' opened the doors to his 'Dismaland' theme park.

Although we didn't personally get chance to visit, we heard through some of the skignz users that one user had placed a number of 'art skignz' in and around the Dismaland:Bemusement Park. 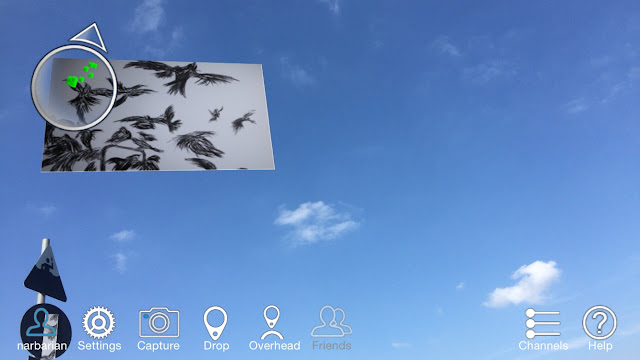 This was the first attempt by the user to create his own skignz and place them somewhere of significance. He then informed a few of his own friends who he knew would be visiting the park to download skignz and take a look at what he had put there?

The skignz user in question had previously met Si Brown (skignz Co-Founder & CMO) at a Hackathon for BBC Music Live in Newcastle. Since then further conversations between the two around an idea that ANY artist ANYWHERE on the planet, could use skignz to 'place' their own work in locations, where using the power of social media they could encourage other people to view it.

This quickly became 'ARt Above', Martin (skignz user, artist & musician) decided to test how he felt this could work. 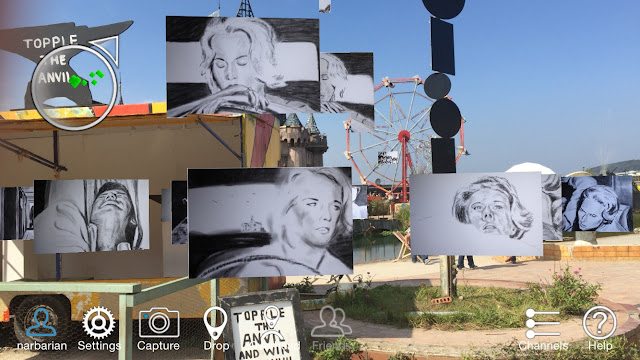 As you can see Martin was very successful in 'out banksying banksy' if that's at all possible.

Although Martin had not visited the park or knew where anything specific was exhibited, its ironic how one of his images from the Alfred Hitchcock film 'The Birds', nicely floats above one of Banksy's own pieces 'Woman attacked by Seagulls'. 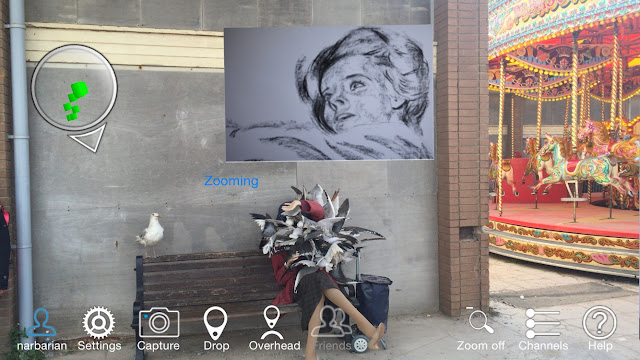 Even more ironic is the amount of people who visited the park and probably looked at this picture, will have had no idea that Martin's Picture was floating in the etha, just above!

Martin said: "skignz & 'ARt Above' can do for graphical art what spotify has done for music"

We wonder if Banksy himself might use the skignz technology and contribute to the special channel created specifically for Artists 'ARt Above'.

Not just Banksy but any artist who wants to use skignz to display their own work, then please go ahead, create a skignz account, download the skignz app on either iOS or Android. Then you can start to upload your artwork to the skignz platform and 'place it on a map' wherever you want to place them. 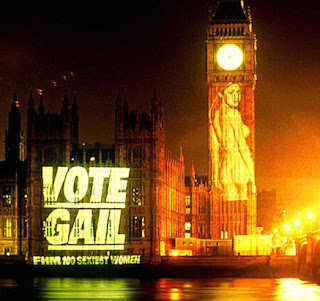 In 1999 the 'lads mag' FHM beamed a giant picture of the model Gail Porter on to the Houses of Parliament in London England.

This could be done again, but only viewed through skignz!

Where in particular would you like to place your art or have you any ideas where artist could place their art?

Contact us here at skignz if you would like to know more about 'ARt Above'
Posted by Unknown at 10:13:00 pm No comments: