SXSW16: The Greatest Show on Earth? 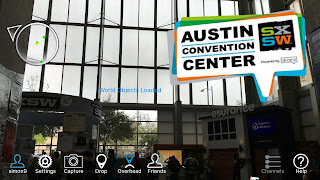 A 5:30am start on the long road to Heathrow for Co-Founder & CMO Si Brown and Head of DV Partnerships Jamie Clarke didn’t seem too bad.

skignz was on its way to its first ever SXSW (South by South West) in Austin, Texas.  Widely regarded as THE Tech show to attend, SXSW is held annually in the One Star state in the USA and is attended by well over 100,000 people from all over the world. 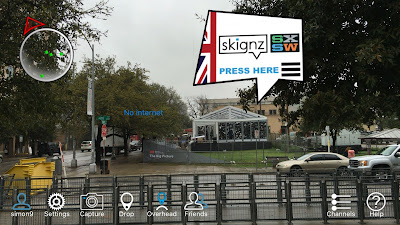 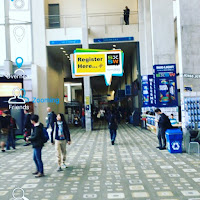 Little did the two intrepid explorers realise, that upon arrival in Texas, the airline unfortunately decided to misplace Jamie’s suitcase. Then, upon arrival at the Hotel, there was a mix up with the booking and there was no room at the Inn! 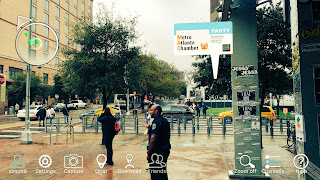 Somewhere to stay was quickly found in the form of a Motel (please imagine a motel, in the loosest sense of the word and your worst nightmare... you are not even close!)

We then spent most of the early hours trying to book into another hotel for the remainder of our stay and assuming all was good in the USA. 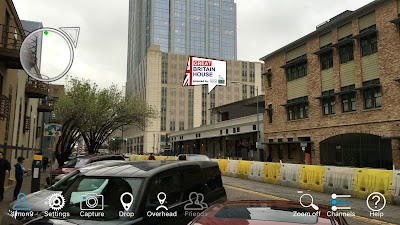 But these things happen in three’s don’t they?
Well, they didn’t have to wait long, as at the end of the second day, Jamie left his phone in a 'hailed' Yellow Taxi and that was the set!

Jamie said, “At first, it seemed like fate had conspired against us.

But once we had gotten the three things out of the way, we were really pleased with how the trip went overall" 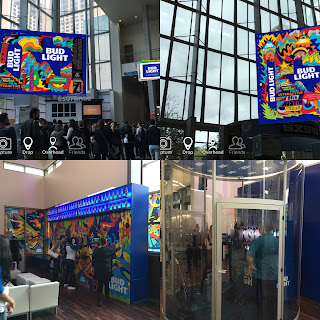 Things got decidedly better for the pair from there on in. Many thanks to colleagues at UKTi, Tech North and Tech City UK, who had supported skignz to be able to attend.

We were also able to make some appointments in advance, so as to better utilise the time spent at the event.

The whole environment was digitally enhanced by the presence of skignz to help attendees find their way around the huge city of Austin, finding Hotel Venues, the Party Venues, Registration and of course the excellent UKTi Great Britain House (which skignz made their base, throughout the week).

“We placed skignz at all of the major areas of the event, guiding people to the Registration area, the Convention centre and helped the 'Lounges' to be found by people in an unfamiliar surroundings and generally showing people how useful visual way finding could be” said Co-Founder & CMO, Si Brown. 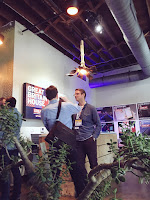 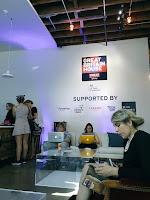 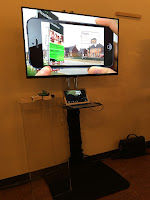 Our meetings with some of the 'largest brands on the planet' went well, with several meetings leading on to follow up meetings upon our return.

Si and Jamie held the majority of meetings in the GREAT Britain House, which was a superb venue designed to showcase the best of British businesses to our American counterparts. 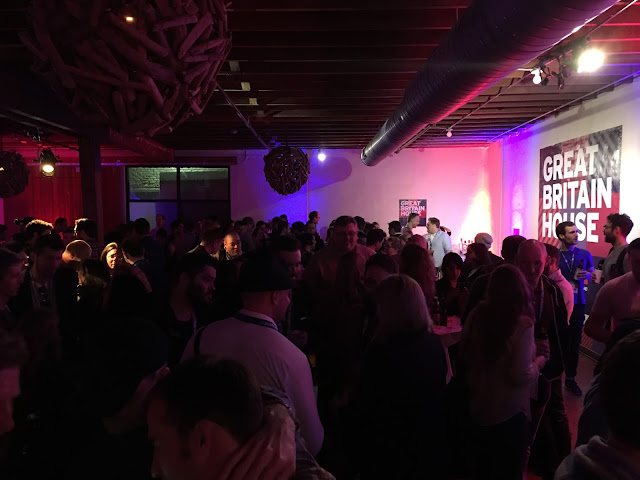 Some great comments were received by the team throughout the trip, with people using twitter to say that skignz had ‘made their trip to SXSW’ with one amazing lady (you know who you are!) even saying on twitter “Fan girling the skignz tech was the highlight of the trip”, so, good impressions made by the guys in Texas.

Overall, this was a productive, and tiring trip for the guys.  With skignz placed all over the grand old city of Austin, the greatest tech show on earth, became the skignz show in the sky... 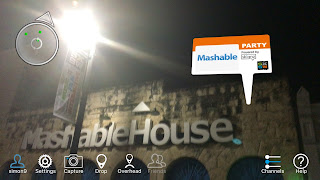 Could different types of AR have been used to introduce the varying VR experiences, could the whole room be set up in such a way that everything was AR or VR rather than a collection of areas with companies trying to out do each other?

Imagine a 'curated space' with complimentary AR/VR experiences leading users through a journey, opening their minds to new possibilities, provoking thoughts and questions on how each step could be applied to their own lives, both personally and professionally? 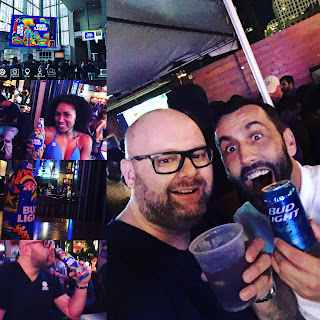 It needs a coordinated approach and some serious engagement in order for AR/VR to go from a nice to have, pithy, transition piece in the middle of SXSW to a major focal point in 2017. Very surprising especially with all with the current levels of investment and interest in the two.

SXSW AR/VR track made me seriously 'beg the question', How long can these technologies be classed as 'The Future' rather than the 'Here and Now'?

With the airline again messing up but this time with leg room on our return journey, we certainly have had a mixed type of trip but as always we like to focus on the positive and it's those positives we hope skignz will benefit from going forward. 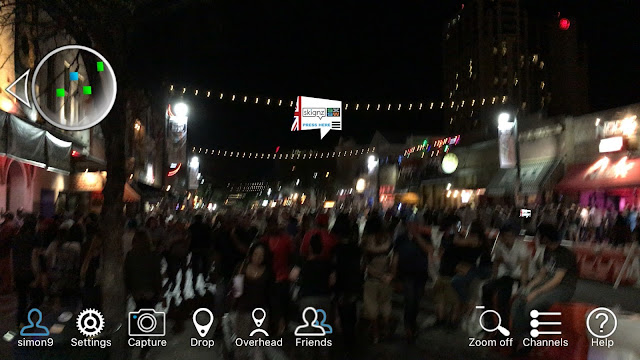